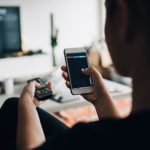 Demographics can be divided into sub-demographics, allowing you to get a closer look at what’s really going on with your marketing. Using this mindset, you can find out who your ads are really resonating with, which is important when you’re using broad marketing methods such as TV or radio ads. Once you’ve found out what your biggest moneymaking sub-demographic is, you can begin to focus on it and get more bang for your buck so to speak. To assist with this, an addressable advertising agency can handle both the research, and execution side of things, ensuring a smooth process from start to finish.

Using addressable advertising strategies doesn’t mean giving up on broader advertising tactics, not by a long shot. In fact, with an addressable advertising service using a broad marketing campaign is actually a great help in identifying smaller sub-demographics in many cases. The best part about this is that you can have the best of both worlds. For example, you can dedicate 75% of your TV advertising efforts towards broad demographics across all of New York while at the same time dedicating the other 25% towards very specific niches that you want to target. The possibilities are limitless, and proper research will be necessary to optimize your campaign for maximum ROI.

TV Advertising is All About Branding

Unless you’re running infomercials, television advertising is so much about direct response, but about strengthening your brand. Addressable advertising services can help make sure that your brand reaches the right audience, at the right time, in the right location. This can lead to greater revenue streams, and increased profit margins both in the short term, and for long term branding efforts.