Kneading and How to Make Better Bread 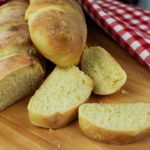 Making bread used to be a skill common to all households but it has been for the most part lost. As more families ad to have all adults work and bread became more easily available in stores it just became more sensible to just pick up a loaf of bread whenever it was needed. However, as people have found that they have some time to prepare better food for themselves people have begun to essentially reacquire a lot of lost skills, both because they are fun and seen as necessary for life. That is, just as it is necessary to have some sort of bread it can also be great to explore different bread recipes. As such people have begin learning some of the older skills.

This does not mean that people are totally going back to how they did it in the olden days, and there are some definite modern twists on the old skills. Given how many different processes it takes to make bread, it is not a surprise that several steps of the bread-making process have been automated. This means that there are breadmakers that take dough all the way from raw to freshly baked as well as those for kneading. A kneader mixer is especially desirable considering how tiring kneading can get, allowing a person to start it up while doing other things.

Kneading itself if a necessary process for proper bread-making. Bread dough needs to be toughened for proper baking and the ingredients need to be properly mixed. One of the problems with limiting the process to just a bowl is that not all the ingredients are guaranteed to mix properly; it is easy to stop when everything looks mixed and that is not always the case. This is especially important considering that some ingredients such as eggs and spices need to mixed in well. By the same measure, the glutens in the flour itself need to be toughened up in order for the dough to cook thoroughly and to even provide the right texture; without that toughening up it does not hold together well and may break apart. As such kneading is important to the process.

It can obviously help to know when dough is kneaded. It is really not that hard as there are a number of different ways to check. The most obvious way is that the dough has transformed for its raw appearance, all bumpy and shaggy, to a more finished, smoother appearance. It is also springy; that is, if you poke it then it should spring back to the original shape. You should also be to stretch it reasonably far and be able to see through it; if it breaks then it needs more kneading. Amusingly enough, you can also tell when you are tired, but that only applies if you did not use a mixer.

Kneading is a skill that can make your life a lot easier, especially if you like the smell of fresh-baked bread. Using a mixer can seem like a cheat, but as it allows you to do other things, it can be well worth the investment, especially if you already get enough of a workout at the gym.